The Home of Irish Folk Songs

For centuries the world has enjoyed Irish Music along with lyrics that have stood the test of time bringing with it the true essence of Ireland, its history, its people and a tradition which is truly unique. Bells Irish Lyrics would like to share with everyone, the spirit of Ireland through music and song.

Every song tells a story which is sincere, honest and heartfelt. No matter the theme, the lyrics capture that certain something that is genuinely captivating; the stories of a country steeped in history - the times, the places, the hardships, the battles for freedom and the lessons learned. 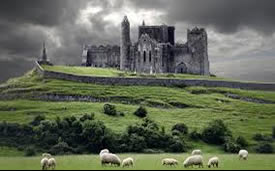 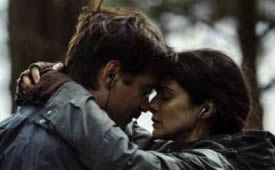 We look at the best songs Ireland has to offer including traditional folk songs, ballads, love songs, war & rebel songs, drinking songs, and songs from contemporary artists in the modern era.

We include a vast array of folk songs and contemporary classics with Ireland's finest including The Dubliners, The Clancy's, The Fureys, The Wolfe Tones, The Irish Rovers, Foster & Allen, Clannad, Celtic Woman, The High Kings, Sinead O'Connor, The Corrs, The Pogues... and the list goes on. It doesn't get much better than that!

Each category relates to songs and artists - if you click on the 'C' button, you will find songs starting with C as well as artists whose band/stage names or surnames begin with the letter "C", e.g., Celtic Woman, Liam Clancy,The Corrs etc.

Because many Irish Folk Songs date back centuries, it is often hard to pin-point the authors and composers of songs. We use a number of reference tools available to us to try and get as close to the source as possible. Some of these include:

Tell us about your Favourite Irish Lyrics

If you would like to see your favourite Irish song lyrics added, please drop us a line and make a request, or you may prefer to send us a copy of the lyrics - you may even like to make a comment about the song - why you like it, what it means to you etc. Hope you enjoy the site and with your support, we can captivate the world with an appreciation of Irish Folklore and the lyrics that truly convey the spirit of Ireland.

A record breaking number of over 5000 people accompanied by 118 tin whistle players came along to take part in this remarkable performance on May 6th 2019 in Athenry, Ireland.

The Amazing Apples, The "King of Ceili", Matt Cunningham, Galway Rose Deirdre O'Sullivan and Special Olympic athlete Áine McDermott led the crowd in this song which is sung by Irish people and people of Irish descent all over the world.

▶ The Fields Of Athenry