by The Irish Descendants 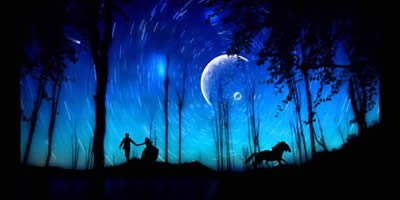 Song: The Raggle Taggle Gypsy has many titles along with many variations including, 'The Gypsy Laddie', and 'Black Jack Davy'.

Brief: It is a border ballad which refers to the collection of ballads written and collected around the English Scottish border as far back as the 18th century. The song was collected in the latter part of the 19th century by American folklorist - Francis James Child... now referred to as the Child Ballads.

In this version of the song, a gypsy charms the wife of a squire who subsequently leaves her home and riches to be with her gypsy. When the Lord comes home and finds her gone, he saddles up his horse and follows her. When he finds her, he pleads with her to come home where she has all the fine things life has to offer. Instead, she prefers to sleep on the cold hard ground and be with her Raggle Taggle Gypsy.

The Raggle Taggle Gypsy is featured on the album So Far So Good - The Best of The Irish Descendants (June 26, 2007)

The Irish Descendants are a folk group from Canada taking in the provinces of Newfoundland and Labrador. All members are of Irish heritage, and worked in the Newfoundland fishing industry prior to forming the band in 1990. The band name came about because all members were previously from former Newfoundland bands called 'The Descendants' and 'Irish Coffee', hence the name 'The Irish Descendants'. The band became very popular in the 1990's and helped to popularize traditional Newfoundland music throughout Canada. Their popularity led them to become the official band for the 500th anniversary celebrations of the province.

The band has changed members frequently since the 1990's, and the only original member is Con O'Brien who sings and plays guitar. They still tour regularly and release the occasional album, the last one being in 2007, called 'Southern Shore'.

Back to Irish Lyrics R