by Women Of Celtic Song

Speed bonnie boat like a bird on the wing
Onward the sailors cry
Carry the lad that's born to be King
Over the sea to Skye.

Though the waves leap, soft shall ye sleep,
Ocean's a royal bed.
Rocked in the deep, Flora will keep
Watch o'er your weary head.

Burned are their homes, exile and death
Scatter the loyal men;
Yet ere the sword cool in the sheath
Charlie will come again.

Many's the lad fought on that day,
Well the Claymore could wield,
When the night came, silently lay
Dead in Culloden's field.

Speed bonnie boat like a bird on the wing
Onward the sailors cry
Carry the lad that's born to be King
Over the sea to Skye. 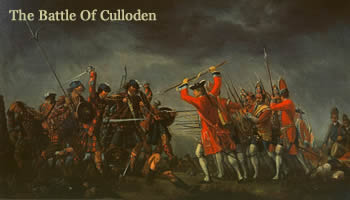 Brief: The song tells of the escape of Prince Charles Edward Stuart commonly known as Bonnie Prince Charlie from Uist to the Isle of Skye after his defeat at the Battle of Culloden in 1746. He escaped dressed as a maid in a small boat with the help of Flora MacDonald, a Jacobite heroin.

References:
Skye - the largest and most northerly major island in the Inner Hebrides of Scotland - also known as The Isle Of Skye
Uist - central group of islands in the Outer Hebrides of Scotland
ere - poetic name for 'before'
Charlie - Bonnie Prince Charlie
Flora - Flora MacDonald
Claymore - a large, double-edged broadsword formerly used by Scottish Highlanders
Culloden - east of Inverness - place where the Battle of Culloden took place

The following is an excerpt from Wikipedia:

The Battle of Culloden (Scottish Gaelic: Blàr Chùil Lodair) was the final confrontation of the Jacobite rising of 1745 and part of a religious civil war in Britain. On 16 April 1746, the Jacobite forces of Charles Edward Stuart were decisively defeated by loyalist troops commanded by William Augustus, Duke of Cumberland, near Inverness in the Scottish Highlands...wikipedia.org/wiki/Battle_of_Culloden