One evening fair to take the air alone I chanced to stray
Down by a silvery winding stream that ran along the way
I overheard a maiden fair as the tears fell from her eyes,
Saying, “My love is on the ocean wide bound for Americay.”

“John Reilly was my true love’s name, his age was scarce nineteen.
And he was as fine a man as ever you did see,
My father he has riches, while Reilly he was poor,
And because he was a fisherman they could not him endure.”

Her mother took her by the hand and this to her did say,
“If you are fond of Reilly, and then leave this country.
Here is one hundred pounds in gold and it can all be used.
Send Reilly to Americay and you can follow, too.”

When Eileen got the money to Reilly she did run,
Saying, “This very night to take your life my father charged his gun,
Here is one hundred pounds in gold my mother sent to you,
So you sail to Americay and I will follow you.”

It was early the next morning that young Reilly sailed away,
But before he put his foot on board these words to her did say,
“Here is a token of love true love and we’ll break it now in two,
Here is a ring and half my heart until I find it you.”

It was three or four months after he was walking by the quay,
When Reilly he came back again for to take his love away.
The ship was wrecked, all hands were lost and her father grieved full sore,
He found Reilly in her arms both drownded on the shore.

He found a letter on her breast and it was wrote with blood,
Saying, “Cruel was my father who thought he'd shoot my love.”
Let it this now be a warning to all young maidens gay,
For to never let the lads you love sail to Americay. 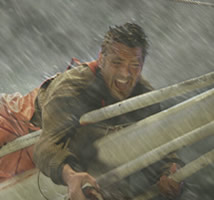 Earliest Date: 1847 (Journal of William Histed of the Cortes)

Brief: Riley and his sweetheart are forbidden by her father to marry as he was a wealthy man and Riley was a poor fisherman. Aided by the girl's mother, Riley goes to America with a promise to return and take her back for a new life together. They set sail but sadly the ship is wrecked and their bodies are washed ashore where they are found in each others arms by the father. There was a letter on her body written in blood blaming him for the events that took place due to his dislike of her dear Riley... the fisherman.

References:
Americay - used in a number of traditional tunes and poetry when referring to the United States of America

🍏 Young Reilly the Fisherman by Deirdre Connolly is featured on the album A Song In Turn (July 13, 2009)

Back to Irish Lyrics Y-Z