Side by side, we stand like brothers
One for all and all together.
We will stay united through darker days
And we'll be unbeatable forever.

Come the day, and come the hour
Some will live in song and story
We were born to follow our guiding star
And to meet our destiny with glory

Hearts of steel and heads unbowing
Vowing never to be broken
We will fight until we can fight no more
Till our final requiem is spoken. 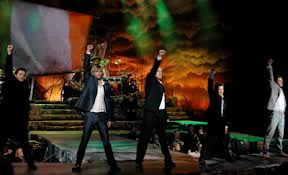 Phil Coulter: Born Philip Coulter on the 19th February, 1942 in Derry, Northern Ireland. His music styles feature folk, pop and traditional Irish Music, while his instruments include piano and vocals.

Back to Irish Lyrics - I
Back to CELTIC THUNDER