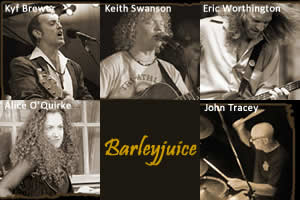 Author: Unknown - American Folk song popular in the 19th century with the possibility of British or Irish origins.

Earliest Date: Sheet music was published by Osbourne of Philadelphia in 1838.

Brief: The story of 'Old Rosin' who has travelled the world all over and is making preparations to leave this life. He hopes that future generations will emulate him, and asks to be remembered by 'lifting a glass in his honour'.

Rosin the Bow by Barleyjuice is featured on the album One Shilling (Jan 01, 2001).

Band Focus: To perform traditional Irish and Scottish songs in a pop/rock fashion

Back to Irish Lyrics R