The Sea Around Us lyrics

They say that the lakes of Killarney are fair
No stream like the Liffey could ever compare,
If its water you want, you'll find nothing so rare
As the stuff they make down by the ocean.

[Chorus]
The sea, oh the sea, is gradh geal mo croide
Long may it roll between England and me
It's a sure guarantee that some hour we'll be free
Thank God we're surrounded be water.

Tom Moore made his "Waters" meet fame and renown
A great lover of anything dressed in a crown
With brandy the bandy old Saxon he'd drown
And throw ne'er a drop in the ocean.

The Scots have their Whisky, the Welsh have their leeks
Their poets are paid about ten pence a week
Provided no harsh words on England they speak
Oh Lord, what a price for devotion.

Two foreign old monarchs in battle did join
Each wanted his head on the back of a coin;
If the Irish had sense they'd drowned both in the Boyne
And partition throw into the ocean.

The Danes came to Ireland with nothing to do
But dream of the plundered old Irish they slew,
"Yen will in yer Vikings" said Brian Boru
And he threw them back into the ocean. 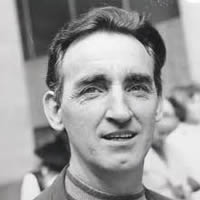 Brief: An Irish song relating to circumstances they have endured over the centuries with a touch of sarcasm - the patriotic Irish have always risen to the occasion with great appreciation of the sea surrounding them giving them protection and distance by the 'invaders' throughout history.

a gradh geal mo croide - literally translates to 'bright grin in my heart' - loosely translates to 'fair love of my heart'.
partition (especially with reference to a country with separate areas of government) - the action or state of dividing or being divided into parts.
Tom Moore (Thomas Moore) - a famous Irish poet who wrote 'The Meeting of the Waters' - the 'waters' in the song is relating to his poem. The following is a reference made on 'video comments' in relation to Tom Moore:


Tom Moore referenced here was a famous Irish balladeer and poet (and a close friend of Lord Byron) in the first half of the 19th century. He gained a wide personal and literary acceptance in England and near the end of his life received a pension from the British government (hence the sarcastic line about him in the song).

Brian Boru - (c. 941 – 23 April 1014) was an Irish king who ended the domination of the High Kingship of Ireland by the Uí Néill. An excerpt from Wikipedia:

Brian built on the achievements of his father, Cennétig mac Lorcain, and especially his elder brother, Mathgamain. Brian first made himself King of Munster, then subjugated Leinster, eventually becoming High King of Ireland. He was the founder of the O'Brien dynasty, and is widely regarded as one of the most successful and unifying monarchs in medieval Ireland.

The Battle of Clontarf was to cost Brian his life including much of the Irish royal bloodline, but the Irish were victors against the invading Leinster and Vikings. The bloody battle saw the Irish break enemy lines and drive the Vikings into the ocean where they attempted to swim to their ships, however the tide had come in and many drowned while being relentlessly pursued by the Irish... more on Brian Boru

In 1965 Jim McCann joined the group taking the place of Paddy Roche, and in 1967 Gerry Cairns had replaced Sean Loughran. By the end of the year, the group disbanded with members going their separate ways.

Back to Irish Lyrics T