Lift MacCahir Óg your face
Brooding over the old disgrace
That black Fitzwilliam stormed your place,
Drove you to the Fern
Grey said victory was sure
Soon the firebrand he'd secure;
Until he met at Glenmalure
With Fiach MacHugh O'Byrne.

[CHORUS]
Curse and swear Lord Kildare
Fiach will do what Fiach will dare
Now FitzWilliam, have a care
Fallen is your star, low
Up with halbert out with sword
On we'll go for by the Lord
Fiach MacHugh has given the word,
Follow me up to Carlow.

See the swords of Glen Imaal,
They're flashing over the English Pale
See all the children of the Gael,
Beneath O'Byrne's banners
Rooster of a fighting stock,
Would you let a Saxon cock
Crow out upon an Irish rock?
Fly up and teach him manners!

From Tassagart to Clonmore,
There flows a stream of Saxon gore
O, great is Rory Óg O'More,
At sending the loons to Hades.
White is sick, Grey is fled,
Now for black FitzWilliam's head
We'll send it over dripping red,
To Queen Liza and her ladies. 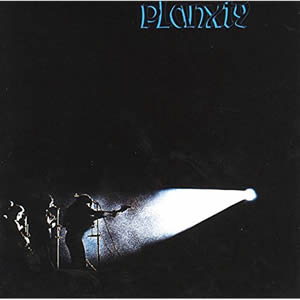 Brief: An Irish folk song celebrating the defeat of an army of 3,000 English soldiers led by Fiach MacHugh O'Byrne at the Battle of Glenmalure, during the Second Desmond Rebellion in 1580.

References:
firebrand - a person who stirs up trouble or kindles a revolt.
Glenmalure - a U-shaped glacial valley in the Wicklow Mountains in Ireland.
halbert - a weapon consisting of a long shaft with an axe blade and a pick, topped by a spearhead - used in 15th and 16th century warfare.
Carlow - a town in SE Republic of Ireland, county town of Co Carlow, 84 km from Dublin.
Saxon - a native of England, or person of English descent.
Tassagart - a suburban village in South Dublin, Ireland, south west of Dublin city - now called Saggart (Tassagart House still exists in the area along with other housing estates using the name).
Clonmore - a village in County Carlow, Ireland.
Queen Liza - Queen Elizabeth

Notes: Here are some notes from The Ballad Index in relation to the events leading up to the rebellion:

The rebellions of the sixteenth century occurred at a time when English rule in Ireland was still very weak and incomplete, and began not as battles between Irish and English but as civil wars between Irish chieftains. The English, to preserve their power, often interfered with these quarrels.

An example was the conflict between the Earl of Ormond and the Earl of Desmond. Both were summoned to London, but Ormond was soon freed, while Desmond (Gerald Fitzgerald) and his cousin, James FitzMaurice Fitzgerald, spent time in English prisons.

The flashpoint came in 1569, when the Englishman Sir Peter Carew claimed certain of the holdings of Fitzgeralds and the Butlers in Carlow. The problem was made worse when, in 1570, the Pope excommunicated Elizabeth of England.

FitzMaurice started a rebellion (quashed in 1573), though Desmond himself, crippled and irresolute, took no part. Desmond spent some time in a sort of protective custody, but eventually escaped and was briefly frightened from his lethargy. He tried to create a strong position, and Elizabeth's new deputy, William FitzWilliam, did not at that time have the strength to oppose him.

FitzMaurice fled Ireland in 1575, having been set aside by his cousin Desmond. But he returned in 1579 with foreign aid (though only about 300 soldiers reached Ireland; the remaining 3000 men he had been promised had been frittered away before FitzMaurice set sail).

FitzMaurice was soon killed, but the Europeans continued to meddle, and new forces landed. Desmond was finally forced into rebellion, and the English forced to send reinforcements, but the rebellion was put down by 1583.

The battle of Glenmalure was an extremely minor by-blow of the second rebellion, and led to nothing. It was, however, one of the few Irish triumphs of the campaign. The story is that the tune was composed on the spot; whether true or not, P. J. McCall added the words to commemorate the event...www.fresnostate.edu/folklore/ballads