My name is O'Hanlon, and I've just gone sixteen
My home is in Monaghan, and where I was weaned
I've learned all my life cruel England to blame
And so I'm a part of the Patriot Game

It's barely two years since I wandered away
With the local battalion of the bold I.R.A.
I 've read of our heroes and I wanted the same
Just to play my own part in the Patriot Game 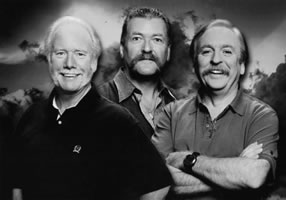 Music: from a traditional Irish folk tune - The Merry Month of May

Brief: It relates the story of Fergal O'Hanlon, a young IRA volunteer who was killed at the young age of 20 during an attack on the Brookeborough Royal Ulster Constabulary barracks in County Fermanagh on 1st January 1957. The setting of the song took place during the Border Camapign launched by the IRA in the 1950's. The aim of the campaign was to reunify Northern Ireland with The Republic of Ireland... more

References:
list - archaic word for 'listen'
ye - archaic word for 'you'
Monaghan - a county of NE Republic of Ireland - Ulster province
I.R.A - Acronym for the Irish Republican Army which has existed in various forms since 1916
Connolly - James Connolly - an Irish republican and socialist leader executed by a British firing squad because of his leadership role in the Easter Rising of 1916.
John Bull - national personification of England
De Valera - American-born Irish political leader who fought in the 1916 Easter Rebellion and was president of Sinn Fein (1918-1926) before becoming three-time prime minister of the Irish Free State and president of the Republic of Ireland (1959-1973).
quisling - traitor - a person who betrays his or her country by aiding an invading enemy
Royal Ulster Constabulary - police force in Northern Ireland from 1922 to 2001

My name is O'Hanlon, I'm just gone sixteen
My home is in Monaghan, and there I was weaned
I was taught all my life cruel England to blame
And so I'm a part of the Patriot Game

It's barely a year since I wandered away
With the local battalion of the bold I.R.A.
I had read of our heroes and I wanted the same
To play out my part in the Patriot Game

They told me how Connolly was shot in a chair
His wounds from the fighting all bleeding and bare
His fine body twisted, all battered and lame
They soon made me part of the Patriot Game

Back to Irish Lyrics P
Back to The WOLFE TONES