Sad are the homes 'round Garryowen
Since lost their giant pride
And the banshee cry links every vale
Along the Shannon side
That city of the ancient walls
Unbroken Treaty Stone, undying fame
Surrounds your name, Sean South of Garryowen

No more he will hear the seagull's cry
Over the murmuring Shannon tide
For he fell beneath a northern sky
Brave Hanlon by his side
They have gone to join that gallant band
Of Plunkett, Pearse and Tone
A martyr for Old Ireland
Sean South from Garryowen 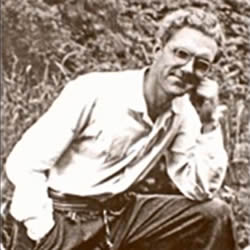 Brief: Here is an excerpt from Wikipedia:


On New Year's Day 1957, 14 IRA volunteers crossed the border into County Fermanagh to launch an attack on a joint RUC/B Specials barracks in Brookeborough. During the attack a number of volunteers were injured, two fatally. Fergal O'Hanlon and Seán South died of their wounds as they were making their escape. They were carried into an old sandstone barn by their comrades which was later demolished by a British army jeep. The stone from the barn was used to build a memorial at the site.

References:
Garryowen - neighbourhood in Limerick, Ireland.
Treaty Stone - the stone on which the Treaty of Limerick was signed on the 3rd October, 1691. It ended the Williamite War in Ireland between the Jacobites and the supporters of William of Orange and concluded the Siege of Limerick.
Sten guns - a family of British submachine guns
RUC/B - Royal Ulster Constabulary

The song is also known as Sean South of Garryowen

🍏 Sean South of Garryowen by The Wolfe Tones is featured on the album Let The People Sing (Jan 01, 1963)

Back to Irish Lyrics S
Back to The WOLFE TONES