The old Missouri is a mighty water
Away, you rollin' river
Indians camp along her border
Away, we're bound away
'Cross the wide Missouri.

A white man loved an Indian maiden
Away, you rollin' river
With notions his canoe was laden
Away, we're bound away
'Cross the wide Missouri. 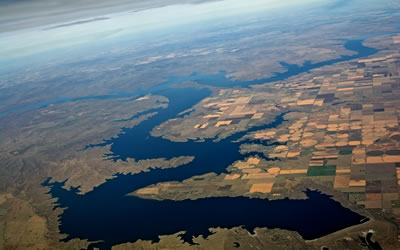 Brief: The song originated with American and Canadian fur traders travelling down the Missouri River in canoes. Over the years the lyrics have been adapted with some versions sung as a sea shanty by sailors in various parts of the world. In this version, the lyrics refer to a canoe-travelling trader who falls in love with the daughter of the Native American chief called Shenandoah.

References:
Varying Song Titles - Shenandoah, Oh Shenandoah or Across the Wide Missouri
Missouri - US state located in the midwest.
The Missouri River - the longest river in North America. Emanates from the Rocky Mountains of western Montana and flows south-easterly for 2,341 miles or 3,767 kilometres before entering the Mississippi River north of St. Louis, Missouri.

Although the song is not of Celtic Origins, it has been adopted by a number of Celtic performers with Liam Clancy's version a well-known favourite amongst the Irish.

Shenandoah by Liam Clancy is featured on the album The Wheels of Life (Jan 01, 2011)

Back to Irish Lyrics S
Back to LIAM CLANCY