I will go tomorrow
To make ale in the wood
Without a cot, without a boat
Without a pinch of gruel with me
But leaves of the branches
As bedclothes over my head
And think well done for you
As you watch me from over there

A cowherd, my pet
I've never been accustomed to be
Instead of playing and drinking
With the nice young women on the mountainside
If I lost my riches
I probably didn't lose my senses
And your kiss is no more to me
Now than a shoe worn for a year

My darling and my love
Don't marry the grey old man
But marry a young man, my pet
If he only lives but a year
Or you will be
Without a descendant to succeed you
And you'd shed sorrowful tears
From morning 'til night 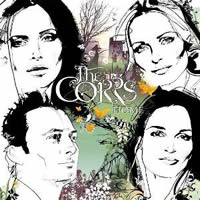 Words & Music: Traditional - although this version only includes 3 verses, we have included all 4 as seen in the version by Clannad (video).

Brief: The singer claims great wealth and would even marry a girl without a dowry. He doesn't work but drinks and plays with women for short periods of time depicted by the phrase... "and your kiss is no more to me now than a shoe worn for a year".

The Corrs version doesn't include the 4th verse where the singer warns not to marry an old man, for a young man - even if he lives for one year, can still give her a son or a daughter.