What did I have, said the fine old woman
What did I have, this proud old woman did say
I had four green fields, each one was a jewel
But strangers came and tried to take them from me
I had fine strong sons, they fought to save my jewels
They fought and died, and that was my grief said she.

Long time ago, said the fine old woman
Long time ago, this proud old woman did say
There was war and death, plundering and pillage
My children starved by mountain, valley and sea
And their wailing cries, they shook the very heavens
My four green fields ran red with their blood said she.

What have I now, said the fine old woman
What have I now, this proud old woman did say
I have four green fields, one of them's in bondage
In stranger's hands, who tried to take it from me
But my sons have sons, as brave as were their fathers
My fourth green field will bloom once again said she. 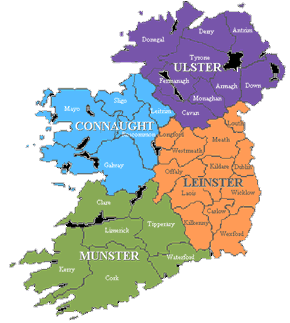 Brief: The song is a representation of the British colonization of Ireland. The old woman represents Ireland, while the four green fields depict the four provinces of Ireland; Ulster, Munster, Leinster, and Connaught. The reference in the song, "...one of them's in bondage", refers to Ulster which is still under British rule... more

Four Green Fields by The Flying Column is featured on the album of the same name. (Oct 17, 1990)